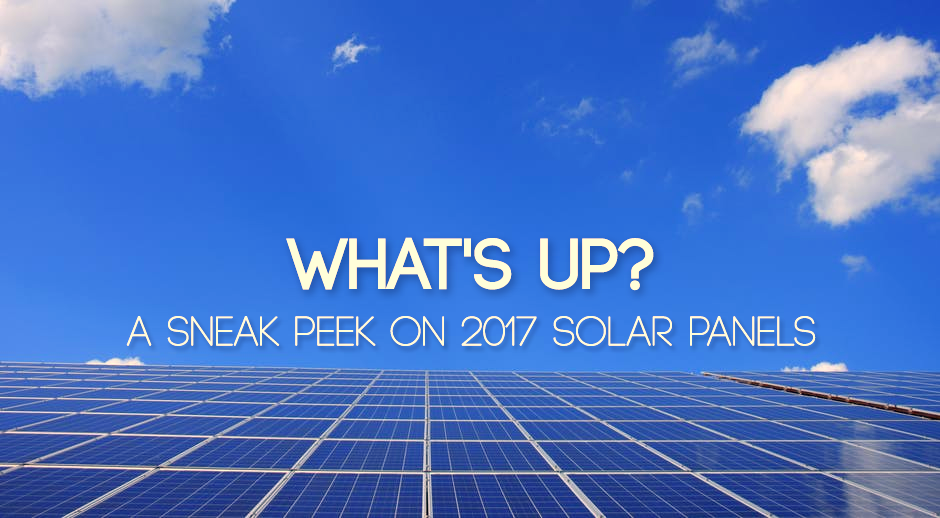 Solar systems in the Philippines and around the world are becoming more accessible and affordable. While the solar panels has become cheaper in the market, the installation costs is still a point of consideration to homeowners. The thing is, the efficiency of the solar panels can easily make up for the initial costs.

With that said, it’s no surprise that various researches are being conducted to create better solar panels. This quest to finding solutions that can convert sunlight into electricity even more efficiently is definitely something to look forward to.

But while they’re at it, let’s take a sneak peek on what’s happening with 2017’s solar panels.

As studies show, silicon-based cells, those that make up solar panels and convert sunlight into electricity, can reach up to a maximum efficiency level of 29%. However, this number has not yet made it into the commercial scene.

Earlier this year, a group of researchers funded by the Japanese chemical manufacturer, Kaneka Corporation, has made it in the headlines due to an industrially compatible developed solar cells which moved the bar of solar efficiency to a 26.3% from the previously recorded efficiency of 25.6%.

The said research has been submitted to Japan’s Nature Energy and Industrial Technology Development Organization (NEDO) and was recognized by the National Renewable Energy Lab (NREL). As written in the paper, the researchers used a high-quality thin-film heterojunction (HJ) and built a 180.4cm2. The thin-film is used to layer the silicon within the cell to reduce the band gaps where electron states cannot exist. Controlling heterojunction, on the other hand, is known to be a popular technique among solar builders, including Panasonic, Tesla, and Kaneka to name a few.

More so, the said researchers has included low-resistance electrodes to further maximize the number of photons collected inside the solar cell. In order to protect the cells, they also used amorphous silicon and an anti-reflective layer for the coating.

Furthermore, it was also noted that the solar cell was made through “industrially compatible” processes, thereby ensuring people that this can be possible in the market as well.

In a recent study conducted by a group of University of Wyoming professors, it was found that a new material can improve the efficiency level of solar cells. While they expected only a good 4% increase, the solar cell efficiency has unexpectedly rise to an average 300% – or 700%, at maximum.

The research was made possible by University of Wyoming professors, Jinke Tang and Yuri Dahnovsky, and funded by the Department of Energy’s (DOE) Office of Basic Energy Sciences. This is in line to the office’s program on supporting researches about understanding, forecasting, and controlling matter and energy in discovering new energy technologies.

What made the increase possible? As stated by Dahnovsky, “We added 4% manganese atoms into the PbS quantum dot. With that, we only expected a 4% increase in the solar efficiency. However, it turns out that the efficiency level has increased to 700% – that’s unusual!”

He also explained that it was unusual given that electrons tunneling between zinc and manganese atoms was easier than lead and zinc atoms between a quantum dot and a semiconductor.

The good news here is, this newly found material can contribute to prolonging the life of solar panels, and therefore, could lead to a good alternative for energy supply in remote areas.
Key Takeaway

From these researches, it can be seen that the quest for high efficiency solar cells will not only revolve around increasing what studies show as the maximum limit of solar cells efficiency but also, to new, better solar technologies. If you haven’t yet, check out the benefits of solar panels in your home.