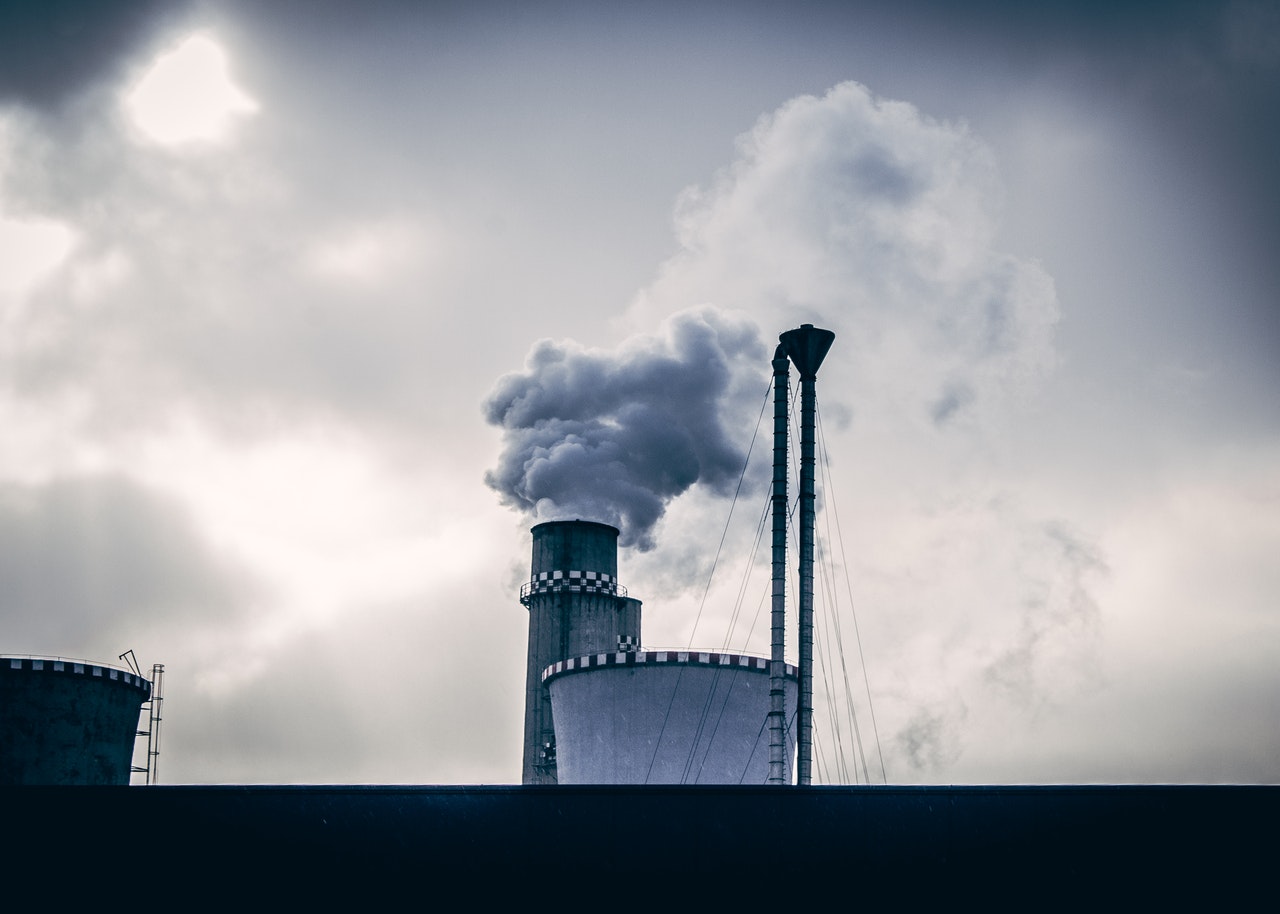 The call for adopting green measures has now become more prevalent than ever. Various governments and authoritative bodies are putting all they can in an effort to save the planet and everyone in it from the heavy environmental disasters that have devastated the world (which have been prevalent in recent years). Many countries have been affected by them – including the Philippines. Because of this, the price for solar panels, environmentally-friendly materials, and energy efficient electrical equipment is reaching its best point. This is the main reason why prices of Philippine solar panels have become reasonable.

What is Global Warming?

One cay say that both global warming and climate change are effects of man’s nonchalance to the consequences of their actions in the name of advancement and progress.

Since the pre-industrial period, the effects of using coal, oil, and gas power plants to power the cities, and the emissions of the millions of cars used by people around the world continue to deposit greenhouse emissions that only continue to warm the Earth.

Global warming is the effect that comes with the atmosphere having considerable levels of greenhouse gases (such as carbon dioxide (CO2), methane (CH4), or nitrous oxide (N2O)) – an abundance of which results in the average temperature of Earth’s surface to increase. The term global warming was first used in 1975 in a science article by Wallace Broecker, a geochemist from the Lamont-Doherty Geological Observatory of Columbia University. The title of the article was “Climatic Change: Are We on the Brink of a Pronounced Global Warming?”

On the other hand, climate change is more geared towards the long term – it is the permanent side-effect of global warming, wherein the climate of the Earth in certain region changes permanently.

Both global warming and climate change are causing the alarming changes in the planet’s environment, most of which have turned for the worse. 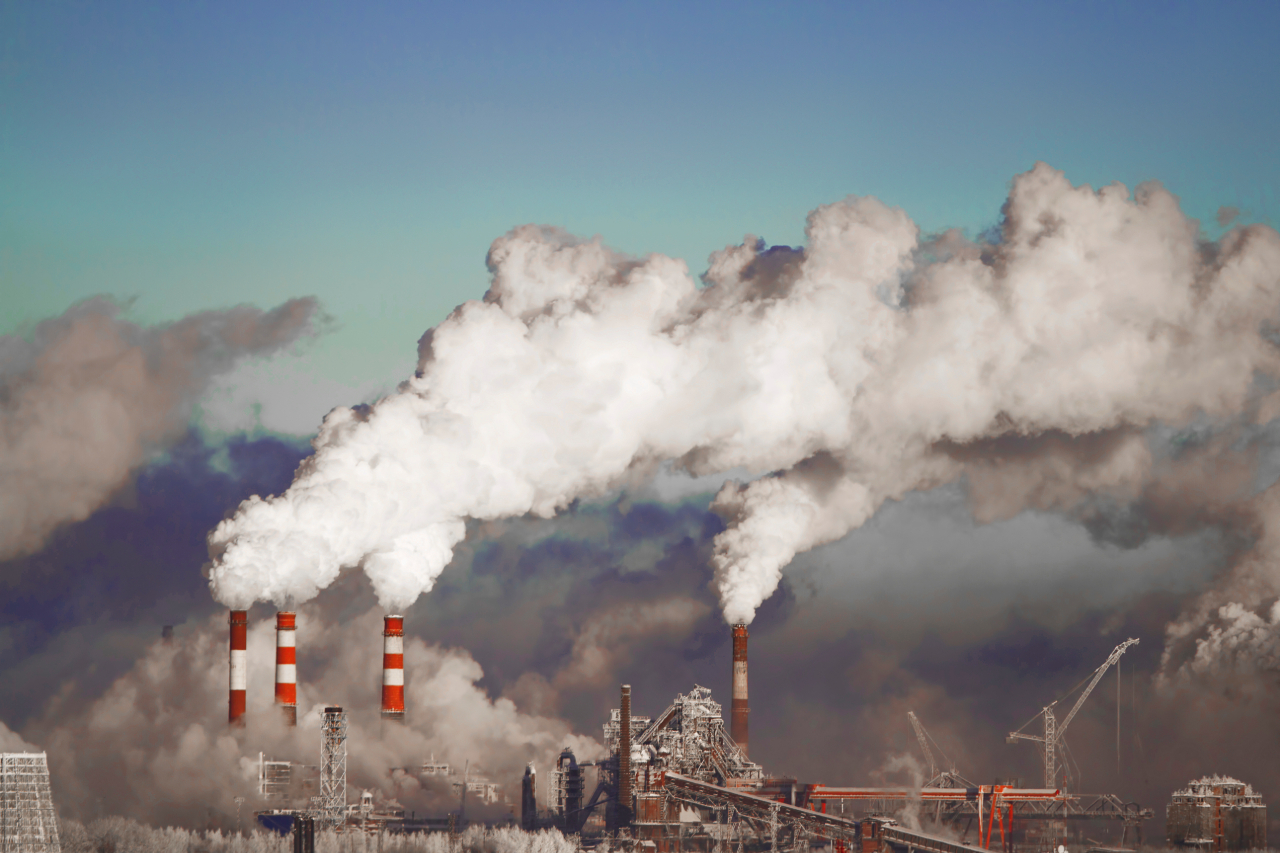 Various studies and research have been done about climate change since the late 19th century. During this period, until the 1970s, scientists have begun to look further into the various matters regarding climate change. These matters include the use of gases, emission of carbon dioxide, the industrialization of various countries, deforestation, urbanization, and the possibility of the world’s ice melting.

As pollution began to rise over the course of the 20th century, various groups have raised awareness, which led to the celebration of the first Earth Day in 1970. This day is not only dedicated to the preservation of the environment, but also to spread the word regarding the change needed to help the earth’s environment.

In the period of 1972-73, countries like India, Ukraine, and the continent of Africa experienced famine and drought, while the oil-producing countries experienced an energy crisis due to the increasing demand and price. During this decade, scientists and researchers saw climate change, specifically global warming, as something that may become a threat to the world in the following decades.

As a response to this global issue, countries and governments all over the world began to establish organizations and hold conferences that would not only help prevent the rise of climate change, but also find ways to preserve the environment, and look for environmentally-friendly solutions.

In 1987, the Montreal Protocol, which was a part of the Vienna Convention, called for international restrictions on the usage and emission of gases that damage the ozone layer of the earth’s atmosphere. Another conference, which was held in Toronto, also called for the limiting of greenhouse gases. In the same year, the Intergovernmental Panel on Climate Change was created, which helped increase awareness in regards to climate change.

Their first report, which was released in 1990, found out that the world has been warming, with the possibility of this continuing in the future. A second report done in 1995 detected the signature of human-used greenhouse gases.

In Asia, the Kyoto Protocol established in 1997, which asked industrialized nations to lessen their emission of greenhouse gases. In the following year, most of the world experienced the “Super El Nino,” which became one of the warmest years on record.

Further reports by the IPCC during 2001 and 2007 indicate that the world is feeling the adverse effects of climate change as time passes, and that further damage might be done in the future. By 2005, the effects of the Kyoto Protocol have been put into action, with various industrial nations lessening their use of greenhouse gases.

What Is the Cause and Effect of Global Warming?

During the early years of climate change research, people did not catch on because even though scientists believed that humans could cause climate change, they didn’t know what direction it would take and which would overpower the other.

For one, aerosols from industrial emissions might cause some cooling, while greenhouse emissions might cause warming. It was also known as “inadvertent climate modification,” but that term was dropped in 1979 when the National Academy of Science published an article about the impact of carbon dioxide to the climate, saying that if carbon dioxide levels in the atmosphere continued to rise, there would be no reason for them to doubt that it will result in climate change.

The change in temperature isn’t the only effect of global warming, either. Such natural imbalance will also cause changes in the expected patterns of precipitation and sea levels, and they have a more severe impact on humans.

Global warming also affects plant and animal life, as the changing temperatures may cause various species of plants and animals to die out. This effect has already been experienced earlier by the earth as well, as the world once experienced the Ice Age, which was a period when the world’s temperature was at an all-time low.

For the world not to experience an era of ice-cold temperatures or massive droughts, it is now the time to embrace renewable energy resources.

Since people all around the world are now taking active and preventive measures in order to keep the potentially dangerous temperature rises at bay, green technology’s popularity is definitely reaching new heights. Investments in renewable energy have skyrocketed, which allows the world’s current scarce resources to stay itself for a little longer, while renewable technologies such as solar, wind, geothermal, or hydro power pick up some of the slack. 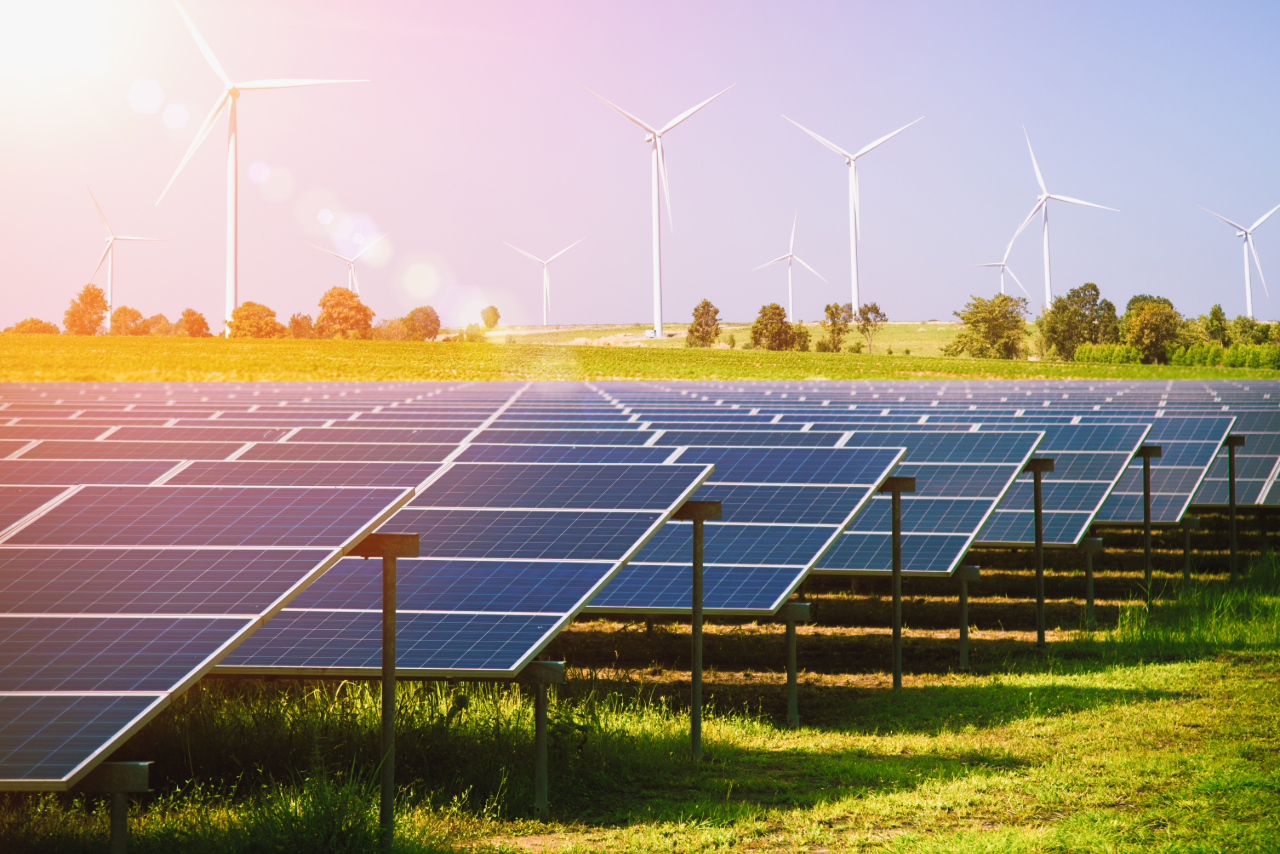 What is Renewable Energy?

Today, most countries in the world still rely on traditional power sources like coal, oil, and natural gases. These are resources that will dwindle over the next few years, and acquiring these resources tend to damage the environment as well. Renewable resources, meanwhile, can be procured in a more safe and clean manner.

Most of the world’s renewable energy resources rely on the sun. The heat of the sun is what causes winds to happen, therefore being the main contributing factor in wind power. The wind and the heat are also responsible for causing water vapors which create bodies of water like rivers, which are the main source of hydroelectric plants.

Sunlight also helps plants to grow as well, helping create organic matter called biomass. Biomass is material that can be used for organic fuels, chemicals, and even electricity. Finally, the heat of the sun alone is also what makes solar energy work. This energy can be used for heating, electricity, and much more. 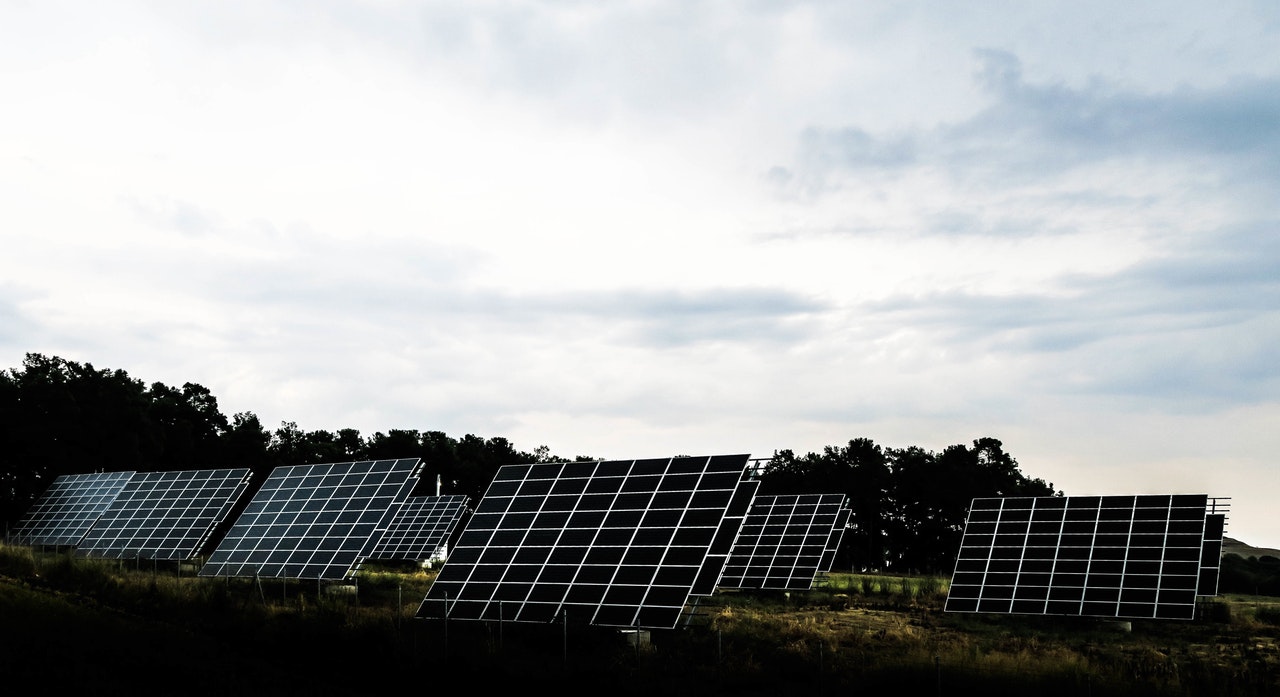 How to Utilize Solar Power and Reasonably Priced Solar Panel in the Philippines?

One of the most popular and the easiest way to adapt to renewable energy is through solar power, which utilizes the power of the sun and continually turns its heat into usable electricity. It functions on the science of photovoltaics. With the continuous rays of the sun always shining, people will never want for more. For tropical countries, this heavy amount of sunlight really comes in handy. Many countries in the world have utilized solar power, with a good percentage of their total power usage coming from it.

The Philippines is situated near the equator and this means that it receives almost 12 hours of sunlight every day. With the country having a steady source of sunlight, it would be a shame not to convert all of that sunlight into energy. It would be a great investment to acquire solar panels to use for the home, as it can help control the energy consumption and not rely on the expensive electricity provided by the national grid.

Solar panels produce no kind of harmful emissions, as there is no fuel being burned to generate electricity. It can also reduce the cost of energy consumption as the home is only connected and consuming electricity from the grid at night, when there is no sunlight. Having more Philippine solar panels installation will also help national power plants to save a good amount of their energy.

Given the many advantages of using solar panels in the Philippines, even the national electricity provider supports its usage. Meralco has also implemented a Net Metering Program, which means that households that rely on solar energy to power their homes during the day can sell the excess electricity generated by their solar panels. The excess energy put back into the grid from the solar panels is credited from their bill, further lowering their energy costs. This is to comply with the Renewable Energy Act of 2008. This is a Republic Act, which promotes the use of renewable energy sources for many different purposes.

More and more people are looking into investing in solar panels, not just for large companies, but also for homes. It’s a long term investment that will benefit the homeowner, their neighbors, and the entire world. Along with the environmental benefits, solar panels will also help you spend less on electricity. Those who want to install solar panels in their homes can look forward to joining the fight to stop global warming, helping the Earth become much cleaner, one panel at a time.

The Price of Solar Panels In The Philippines

One of the most common questions of people is: “What is the price of a solar panel in the Philippines?”. Aside from helping combat global warming, installing solar panels undoubtedly will reduce your overall costs on energy as well. Nonetheless, there are upfront costs to consider.

Before you buy a solar panel system in the Philippines, it’s important to keep in mind that the cost can vary significantly based on various factors including roof type and space, daytime appliances used, sun exposure, monthly electric bill or power consumption, solar panel quality and size, installation labor, brand, location, and many more. Another crucial factor to consider is your objective. Do you simply want to reduce your power bill? Or do you need to consider your appliance use?

As for those who have homes that use multiple, heavy appliances (fridges, multiple aircons, washing machines, vacuums) during the daytime, the 5.04 kWp Grid Tie Solar may be for you. 5.04 kWp Grid Tie Solar in the Philippines costs about P365,000 and can generate about P8,000/month, year-round average savings. If your power bill is over 20K/month, this option is ideal as well.

There are numerous options for buying solar panels in the Philippines. The good news is that the cost of solar panels continues to fall year after year. As technology advances, prices drop. Similarly, solar power becomes cheaper to produce.

Planning to buy affordable Philippine Solar Panels? Solaric has long established its brand across the renewable industry as a reputable rooftop solar leader in the country.

With decades of experience in the industry, Solaric has installed more than 50% of residential rooftop solar panels in the Philippines and has delivered immense cost reductions in electric bills, as well as immense contributions to a cleaner and greener future. The best part? Solaric is now installing on corporate and industrial facilities to offer significant price reductions.