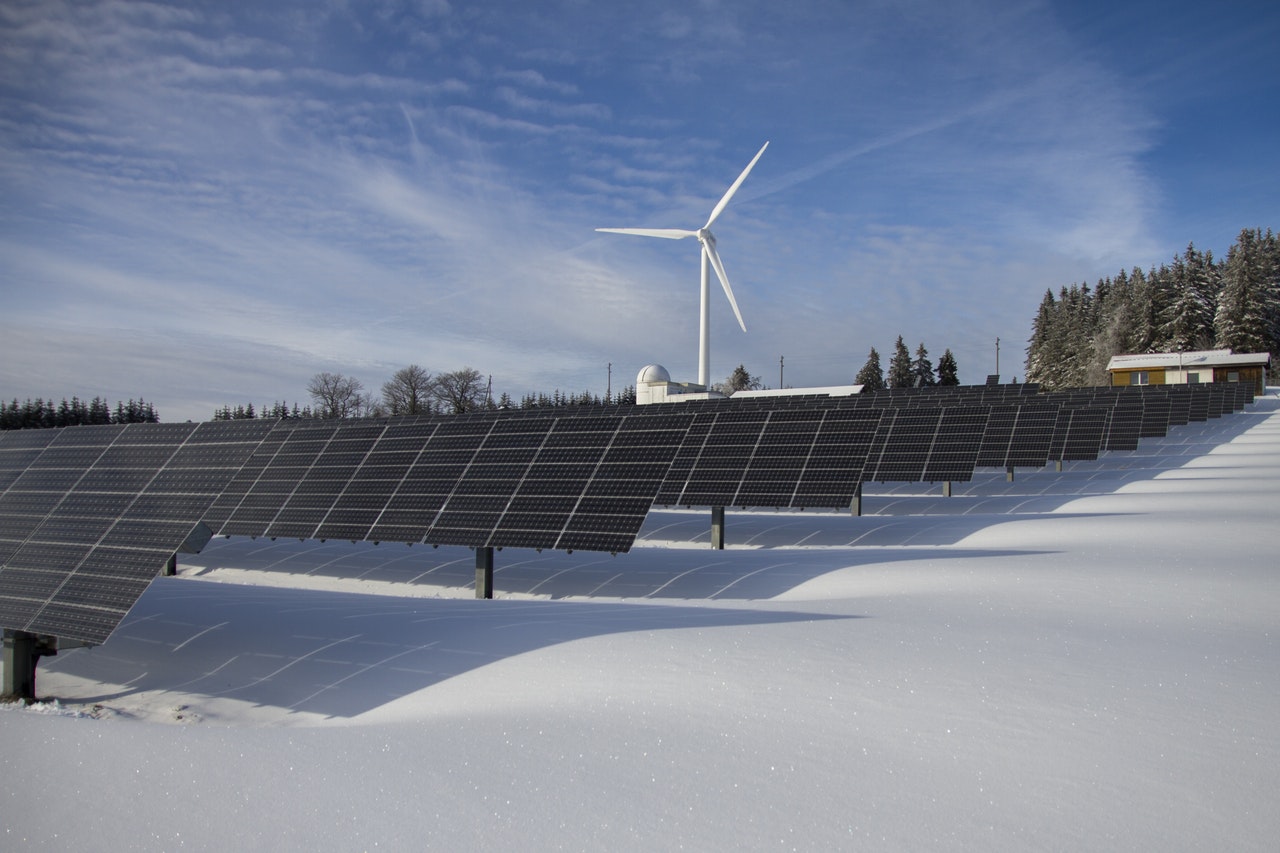 Understanding Solar Panels In The Philippines

It’s great that the Philippines only has two seasons, the wet and the dry. Some people would like it if the weather were more in between, but most of the time, it’s either a searing hot day or a gloomy, rainy one.

The dry season happens from March to May, when students are on summer vacation and people are out and about doing outdoor activities and hanging out at the beach. The wet season or the rainy season, on the other hand, happens from June to November; when it rains almost non-stop and about 20 typhoons enter the country.

However, the sun never fails to shine on the Filipinos. This is why solar panels in the Philippines are a great investment. The tropical climate allows for a lot of sunlight, which automatically means that there will never be a want for a source of solar power. This has its perks – not only will electricity bills drop, but solar power adapters can even sell the power they generate, provided they have a surplus.

What are solar panels?

Solar panels in the Philippines and those found across the world are also called photovoltaic cells or PV panels. What these grids do is that they convert sunlight into electricity. Basically, the sunlight is made up of particles of energy called photons, hence when the sunlight shines on the panels, they absorb the cells, and chemical and physical changes that happen to make sunlight turn into electricity. The electricity, then, travels to a battery or the home’s electric grid for it to be consumed.

Consequently, the more light the cells or photons acquired, the more electricity is produced. This is also the reason why the architecture of spacecraft include solar panels so they can have enough electricity to consume – given that the sun is always up to provide them light. Aside from spacecraft and home electricity, one can also use Philippine solar panels for remote and commercial electrical systems. 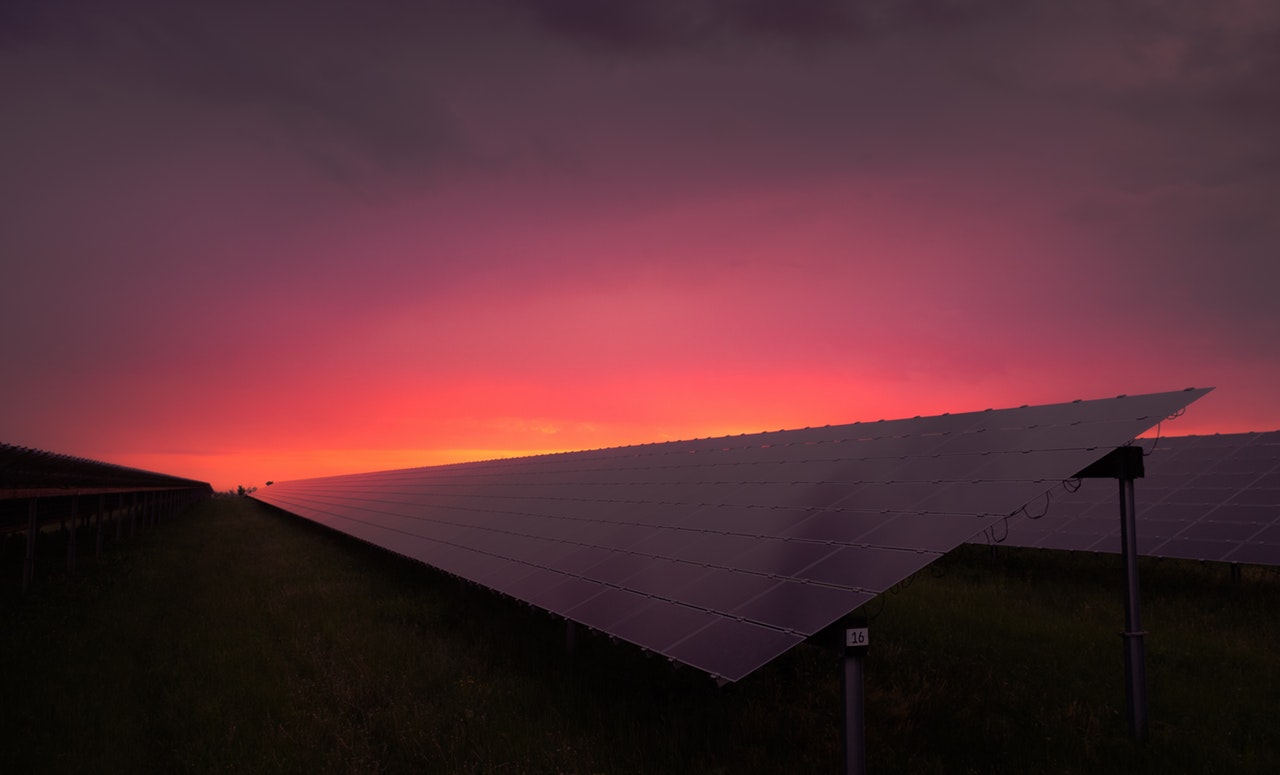 How do Philippine solar panels work?

Most likely, the solar panels in the Philippines work in accord to the photovoltaic effect. It was founded by Edmond Becquerel in 1839. He experimented on damp cells, wherein he found out that the voltage of the said cell increased when exposed to the sunlight.

The process in which the panels absorb the photons joining both the p-type and the n-type semiconductors and forms an electric field is called the photovoltaic effect. As a result, the negatively charged subatomic particles – also called electrons – are released from their atomic orbits and into the electric current – thereby, pulling them to move in one direction along with the positively charged subatomic particles, which moves to the opposite side.

In residential infrastructures such as homes, the roof area can provide more than enough room for the necessary solar panel energy that is needed to supply the electric consumption of the residents. More so, it is capable of storing enough power supply for electricity usage during night time from the unused supply during the day.

Currently, a number of homeowners have already shifted to net metering programs, which promotes the usage of alternative energy sources such as the wind, biomass, and of course, solar. Furthermore, it allows the owners to sell the excess energy supply, as produced by their panels, to their distribution utility (DU), which for the case of many is the Meralco in the Philippines.

This entire process is very much practical, given that not all Philippine solar panel generator owners can consume the energy produced by the panels – eventually allowing them to sell their surplus and contribute to the overall distribution of utilities to extend the energy supply.

Where did the Philippine solar panels originate?

Way back in 1839 – precisely Edmond Becquerel’s discovery of the photovoltaic effect – solar panel energy started to emerge. His discovery of converting sunlight into electricity has allowed yet another discovery in regards to solar cell to happen; enter Charles Fritts. He made the first genuine solar cell from coating selenium with a thin layer of gold. This resulted to a conversion of cells into electricity by 1% – regardless, it started the experiments on solar panels.

By the year 1941, the American inventor, Russell Ohl, registered patent over the development of the first silicon solar cells. Fast forwarded to 1954, his invention led to producing the first ever solar panel along with Bell Laboratories (the company he’s working with). From there, the first application of the renewable energy source was the space satellites, then followed by solar calculators by the ‘70s.

What are the parts of solar panel?

Philippine Solar systems include hardware parts that support and maintain its durability, among these parts include:

The panels make the most crucial and important part of the solar panel system, hence, it is the most expensive among all parts. Usually, they’re the most familiarized part of the system, and are often installed outside the home, most likely on the roof area for direct access to the sunlight.

These panels are rated in watts. This is to measure the maximum energy produced by the solar panel under particular circumstances. It may be between 10 to 300 watts, but the common configuration should be by 100 watts.

To put the solar panels in place, one would need the use of mounting racks. There are three places people usually mount their Philippine solar panels; these are the following:

Regardless of where the solar panels are installed, it’s important to make sure that the mounts are able to catch up with the movements of the sun – given that its angle changes over the year.

Generally, inverters convert the direct current (DC) power from the batteries into alternating current (AC) that standard home electronics and appliances use to function. They can be off-grid, straight grid-tied, grid-capable, or stand-alone inverters.

The disconnecting switch allows the owners to turn the solar power system off –under circumstances that are deemed important and requires safety precaution. Most importantly, the switch should be implemented within the owner’s reach for easy access.

In order to connect all the main components of the solar power system; cables, conduit, connectors, and fuse box are needed. These should be properly connected to secure the system and of course, to ensure its performance efficiency.

These meter equipment help measure the amount of energy used and maintain an accurate metric system in measuring the energy that the owner wants to sell to the distribution utility company.

For solar power systems that are not connected to the utility grid, it is recommended to keep a backup power generator. This is in support to occasions, when the energy produced by the panels is low and cannot support the electricity load. 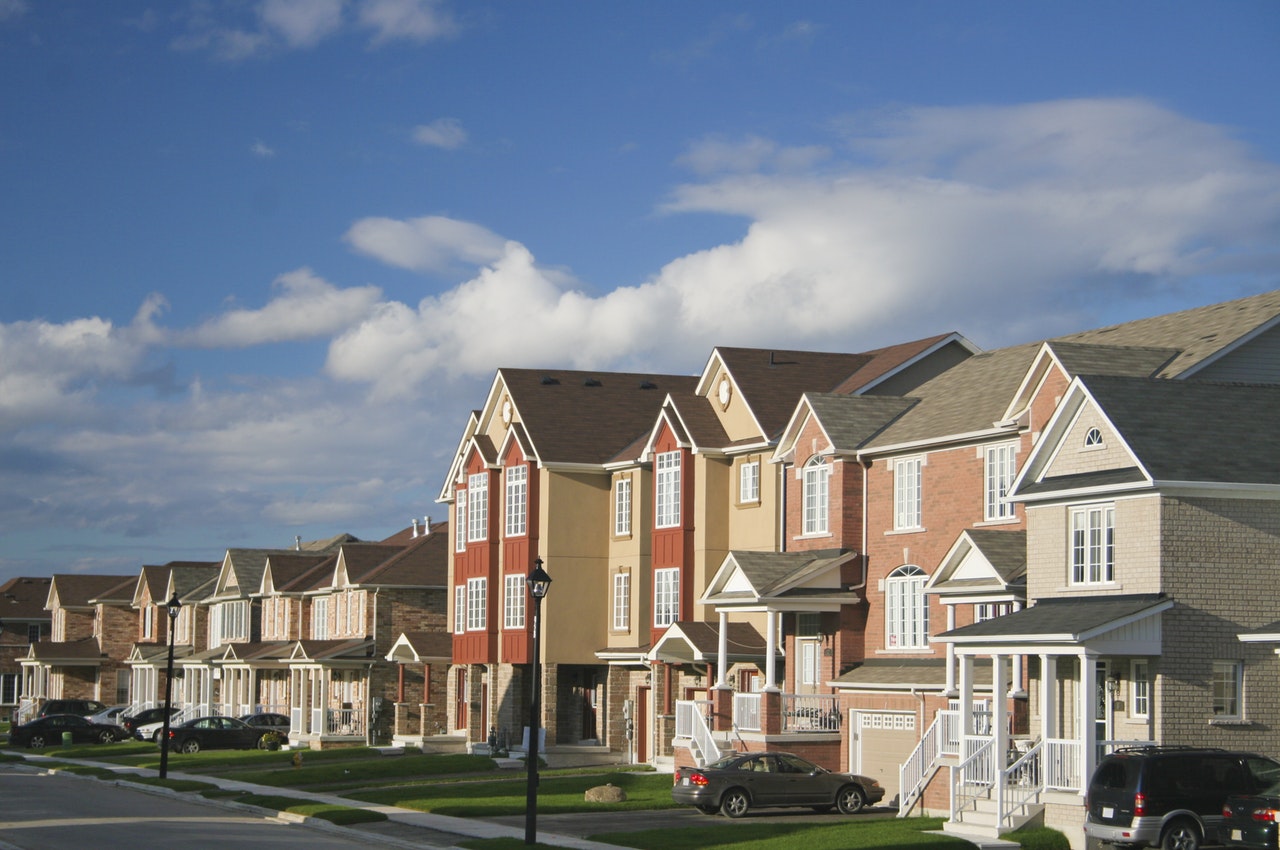 What types of Philippine solar panels are applicable for homes?

Basically, there are three primary types of Philippine solar panels that are applicable for homes or residential areas, these include:

This home solar power system allows owners to take the best out of both worlds, given that the system is connected to the conventional electric utility grid.

Technically, what happens in this type of system is, whenever the system provides more power than the electricity that is being consumed, the excess power can be sold directly to the distribution utility company, which is also known as the net metering program.

On the other hand, if the power that the system is producing is not sufficient to the needs of the home, then the owners can always switch back to the utility grid.

This type of home solar power system is the premium version of the first type. Aside from the utility grid, it also includes batteries to back up the system. This mainly protects the system from power insufficiency by charging the batteries with the excess power that the panels produce, thereby storing electricity for emergency purposes.

This type of home solar power system is disconnected from the utility grid, primarily because the place is out of coverage. In this case, such system is often added with batteries or power generators to back it up in case of shortfalls.

What can you get from Philippine solar panels?

Solar energy is important to mankind because the sun is a sustainable, green, and reliable source of energy. With its power, it is a great source for homes and businesses worldwide.

Fossil fuels are finite; hence, the reason why people should start embracing alternative energy sources like the water, wind, and of course, the sun. Research also indicates that fossil fuels are one of the main causes of global warming thanks to the harmful emissions they produce that deplete the Earth’s ozone layer, which further encourage more people to move away from them.

Using Philippine solar panels has proven itself to have many benefits. Some of them can be seen below: 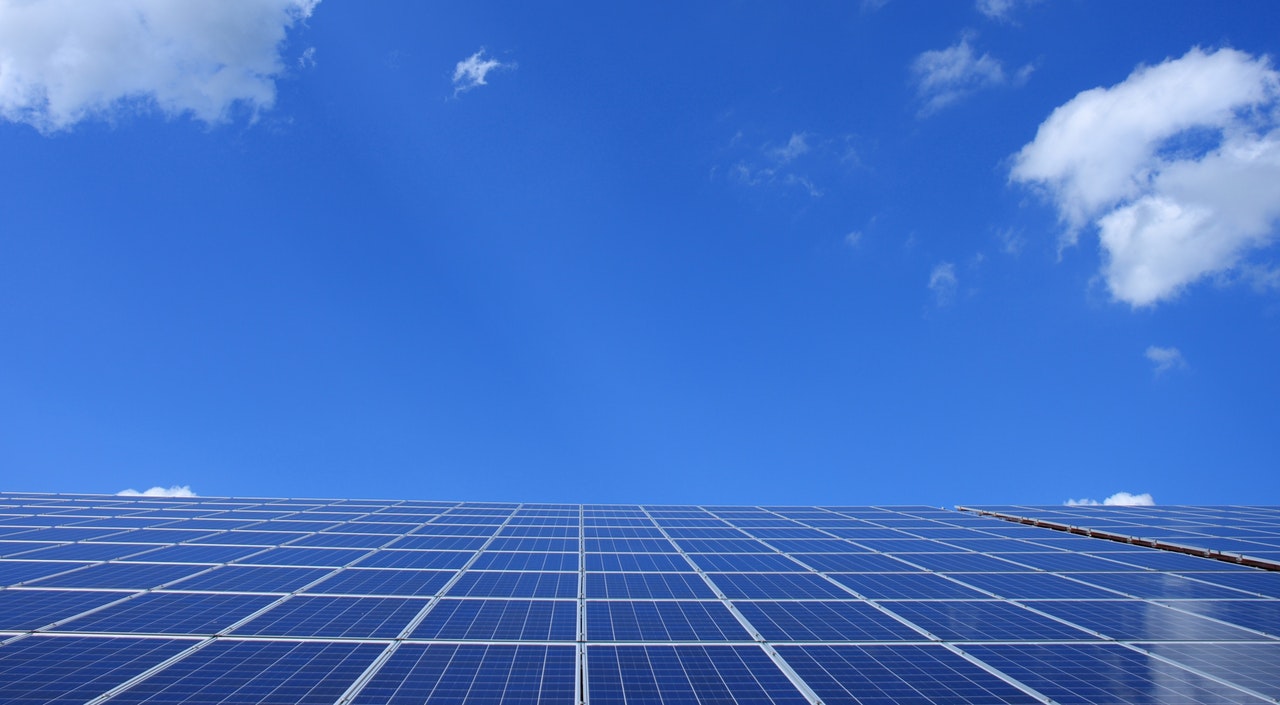 What is the future of solar panels?

Technology and innovation evolves and transpires with time. As such, there will always be great advancements when it comes to the science behind reasonably priced Philippine solar panels and its role in our everyday lives. Solar powered cars, bags, lights, and a multitude of other gadgets are currently in development from different manufacturers these days. The shift is palpable, and the possibilities are endless – so what are you waiting for? You can join in and invest in this technology today.

Solaric is a company in the country that has taken part in the advancement of solar energy by providing solar panels in the Philippines for a good price. Aside from helping you install 1.5kw solar panels to 3kw and 5kw solar systems, we can also provide DIY solar panel kits of up to 560Wp.

When it comes to our products, we provide one of the most well-reviewed solar panels in the Philippines. May it be the modules itself, the mounts and cables, the inverters, or a complete solar system, we offer full warranties for our items. But with rigorous in-house testing, you can rely on their durability to power any building for a long time.

We ensure that we provide our customers state-of-the-art equipment that will allow them to utilize the power of the sun. That’s why if you’re looking for a solar equipment dealer and installation in the Philippines, you can get a quotation from us today; just click here!