Does it make sense to Go Solar these days?

Absolutely! We live in a very sunny and tropical country, perhaps one of the most beautiful of them all, Sunny Philippines. Unfortunately, we are also one of the nations most affected in climate change, and end up paying for one of the highest power rates in Asia.

After powering relief centers and schools in Tacloban right after Yolanda, we take climate change very seriously and our goal is to make our country more environmentally responsible than ever.

Powering a nation needs many sources of energy, given that Nuclear power may be a bit too risky for a geologically active country with multitudes of volcanoes and earthquake faults. With the rest of the world closing down coal plants because of pollution issues, we have to find other sources of power, and the answer already falling on our roofs. 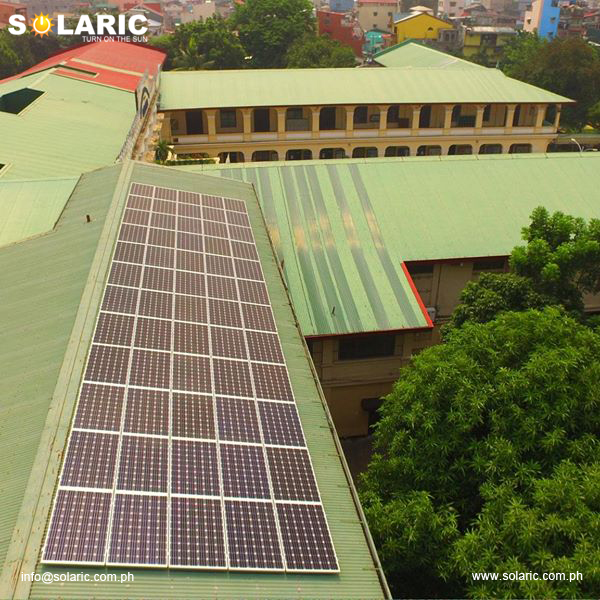 The solar panel equivalent of Bataan Nuclear Plant is like giving every Pinoy a solar panel priced in the Philippines less than a size of a cartolina.

Is this a pipe dream? Perhaps no more as Germany and Japan gave solid subsidies so that their citizenry can install and are rewarded, when they put their own solar rooftops in terms of tax breaks and favorable Net metering prices. They, in turn, shut down dozens of nuclear plants due to increased supply of renewables.

As a home owner, the only practical energy resource is to harness sun energy that falls on our roof and convert it to electrical energy using our solar panel system builds.

Our main strategy is to put enough solar to cover daytime hour consumption as that is the easiest to power without using batteries or selling excess power back to the utility at a discount. However, there are some customers who have ZEROED their entire electric bills by using LOTS of solar panels on the roof and essentially became a mini solar farm in their neighborhood.

Solar worked for countries like Japan, Germany, and US—they are not exactly sunny countries with lots of solar energy. But in the Philippines, it works like magic; even without a single centavo in Government subsidies or tax relief support.

Solar rooftop makes sense because of the abundant sunshine that falls to our roof and low labor rates to install solar panels priced in the Philippines. Just using less coal power plant power sourced makes financial sense with a bankable solid return. Returns of less than 5 years are common to solar builds using grid tie technology and capitalizing on existing legal framework of net metering to sell back excess solar power to the grid in order to offset night time consumption. For a product with a service life of at least 25 years, this is outstanding.

Every day, we energize a rooftop project either directly from our own hands or from one of the more than a thousand installer and DIY builders we have trained in the past three years. A single solar panel has the carbon offset of planting 160 trees, and we planted (installed) thousands and thousands of solar panels. A few hundred houses and industrial plants later, we probably killed the feasibility study of another coal plant and gave notice that going green for both the wallet and the environment makes sense and a financially sustainable endeavour.

DIY packages at less than the cost of a well-endowed smartphone makes going green a no nonsense solution on practicality and social responsibility. Air condition units run capable builds can range from P100k to P140k. 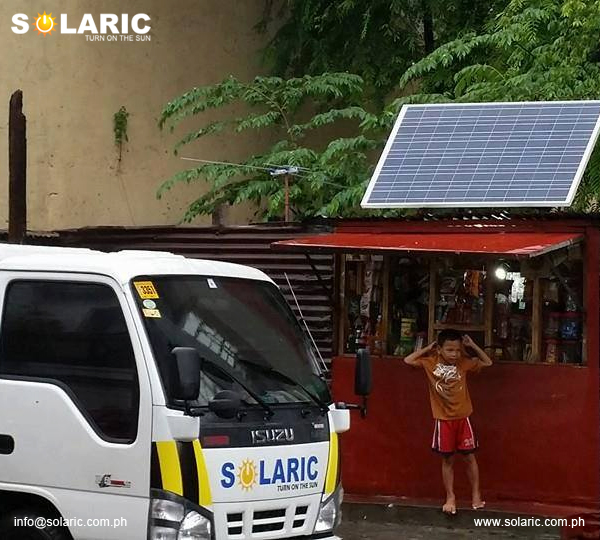 So, if you hate paying more than you should for power, want guilt-free air con, or simply do NOT want to pay for power anymore, call Solaric at 5040092. You could also visit this page for more info.